Welcome to the third issue of Volume 2 of PLANE WAVE, Verasonics’ Newsletter through which we share information about new products and technologies, emerging applications, conferences, training opportunities, and collaborations with researchers in ultrasound and ultrasonic technologies.  We hope you find these newsletters informative and interesting, and welcome your suggestions for future topics.

Over the past couple decades, investigators in both the research and clinical communities have made major strides developing Focused Ultrasound (FUS) as an important therapeutic tool. FUS has the potential to positively transform patient care while improving efficiencies and economics. Globally, FUS has received regulatory approval across a diverse range of clinical application areas, including cardiovascular, endocrine, musculoskeletal, neurological, oncological, ophthalmological and women’s health. There are a multitude of therapeutic techniques that are under investigation with the potential to improve treatment for a variety of medical conditions. Although still in early stages of research, new techniques using low- to medium-power, non-ablative FUS have the potential for improved treatment options to cure disease and enhance quality of life.

“FUS has become an exciting tool to treat or manage different medical conditions for improved outcomes,“ said Jessica L. Foley, PhD, Chief Scientific Officer at the Focused Ultrasound Foundation. “Research is helping us to gain new insight into alternative ways for non-ablative FUS to be used, producing a range of bioeffects that will enable treatment of a wide variety of medical conditions in the future. Of particular significance is the ability to utilize low-power focused ultrasound for blood-brain barrier (BBB) opening, for neuromodulation, and for immunotherapy.”

Dr. Foley adds, “As we know, the BBB plays an important role in keeping toxins present in the bloodstream out of the brain. FUS can reversibly increase its permeability and temporarily allow drugs to pass through cerebral blood vessels and into surrounding brain tissue. With the use of microbubbles, the mechanical effects of FUS can loosen the dense network of endothelial cells lining these vessels, enhancing the absorption of drugs from the bloodstream into the brain tissue.”

The National Institute of Health has established the Brain Initiative® through Advancing Innovative Neurotechnologies® (BRAIN) Initiative aimed at dramatically improving our understanding of the human brain.

“Neuromodulation with FUS could potentially enable a range of diagnostic and therapeutic benefits for conditions such as Parkinson’s, epilepsy, acute pain, opioid addiction and more,” according to Dr. Foley. “Preclinical studies have shown that the mechanical and thermal effects of FUS can reversibly suppress or stimulate the function of targeted neurons. This enables the temporary blocking or activation of neural signals from targeted locations within the brain or peripheral nerves.”

Low power FUS also has the potential to enhance immunotherapy as a new cancer treatment technique. According to Dr. Foley, “The field of cancer immunotherapy is another important interest area for non-ablative FUS techniques. FUS can stimulate an immune response through the release of tumor antigens and/or decreasing the level of immune system suppressor cells so that the anti-cancer immune response can become more robust. Focused ultrasound could be more effective than other energy-delivery modalities because it is non-invasive, non-ionizing, and very precise. Research has demonstrated that both the thermal and mechanical effects of FUS can elicit an immune response that can lead to enhanced overall survival as well as protection from growth of new tumors. Recent advances in both cancer immunotherapy and focused ultrasound — whether alone or in combination – suggest that FUS could enable powerful new approaches for the treatment of metastatic cancer.”

There are clinical trials now starting which will evaluate the use of high-intensity focused ultrasound (HIFU) combined with immunotherapy medication in patients with metastatic breast cancer, and other applications as well.

For a number of years, Verasonics has provided HIFU systems to many research institutions and companies worldwide, supporting their FUS investigations and product development. The Vantage 64 LE, Vantage 128 and Vantage 256 systems are now available in (HIFU) configurations. Vantage systems enable precise energy delivery for FUS applications such as those described above, as well as many other HIFU applications. In addition, Vantage system can provide interleaved ultrasound imaging for guidance and monitoring.

In collaboration with Sonic Concepts, Inc., an innovator of high performance transducers, Verasonics offers the HIFUPlex Portfolio. By bringing together the best of Sonic Concepts’ transducers, and the programmability of Verasonics’ Vantage ultrasound systems, the innovative HIFUPlex portfolio delivers premium quality and versatility to ultrasound-guided focused ultrasound (USgFUS) research for a wide range of budgets and applications.

To address research in areas using low- to medium-power, non-ablative FUS, Verasonics has expanded compatibility of the HIFUPlex transducers to now include non-HIFU configurations of Vantage 64 LE, Vantage 128 and Vantage 256 systems with the Extended Transmit Option. HIFUPlex can be used for research in FUS application areas including BBB opening, immunomodulation, tissue destruction, drug delivery, and many others.

* Six standard ultrasound system and transducer configurations to meet a range of customer requirements, including variable depths and frequencies, for research and development
* An easy upgrade pathway from any Vantage configuration and from non USgFUS solutions using Sonic Concepts’ Transducer Power Output™ (TPO™) system
* A graphical user interface (GUI) for guidance, planning, delivery, and assessment of FUS therapy, with interleaving scripts that control the major parameters of FUS and imaging 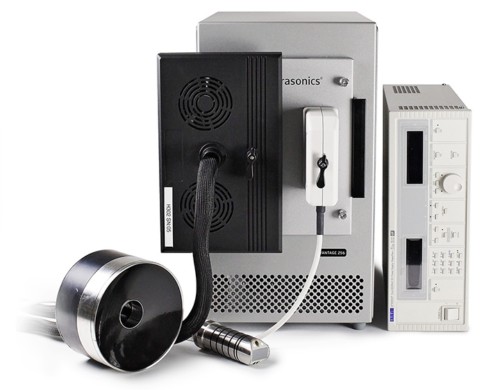 NOTE: Verasonics research ultrasound solutions are designed for research and development, and are not cleared by the FDA for clinical use.

Please join us for our September Vantage customer training session via live webinar.
14-17 September 2020, 9 am – 11 am PT
Please contact us to register.